Equality Together have rooms for hire in Bradford, based at the iconic Lister’s Mill, which has a Grade II* listed status, meaning that it is classed as a particularly important building of more than special interest.

Function rooms can be hired on an hourly, half day or full day basis. A projector and sound system with microphone are available and rooms can be set up to your requirements.

To enquire about hiring a function room please contact the reception team on 01274 594173, email enquiry@equalitytogether.org.uk or visit us in person. 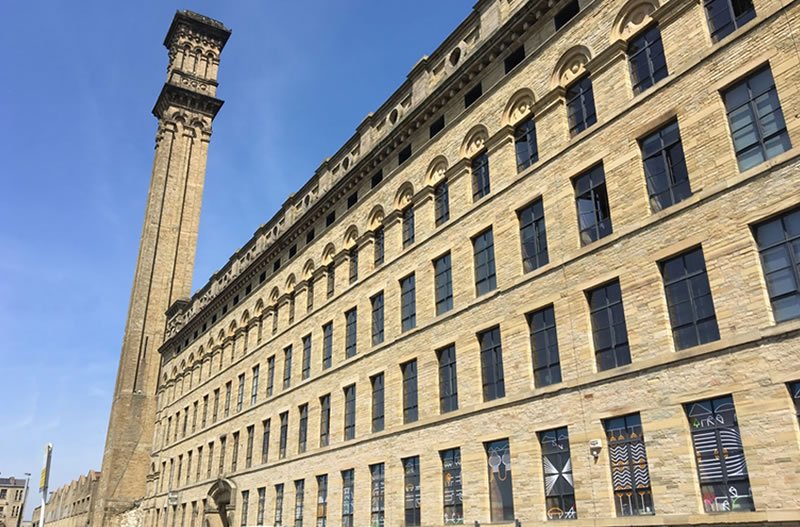 The Silk Hall can accommodate up to 80 people seated at 12 tables. 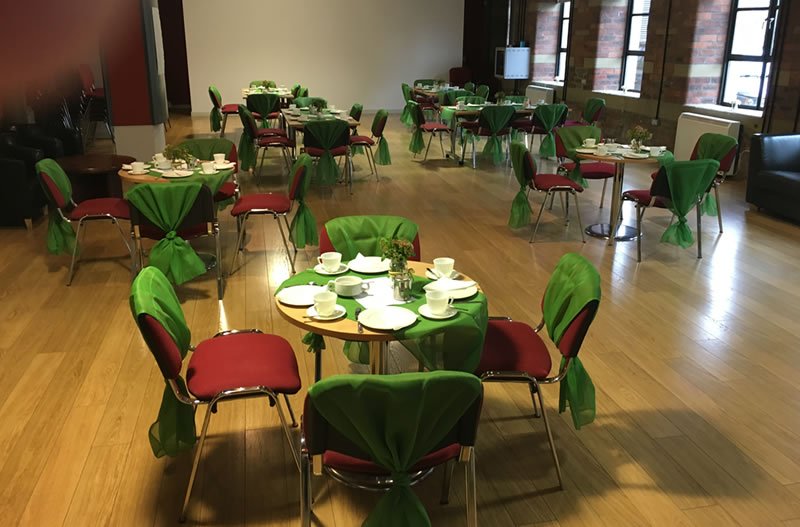 The Cafe Area can accommodate 23 people seated at 6 tables. Further informal seating is also available within the Cafe Area.

The Training Room can accommodate a maximum of 10 people. 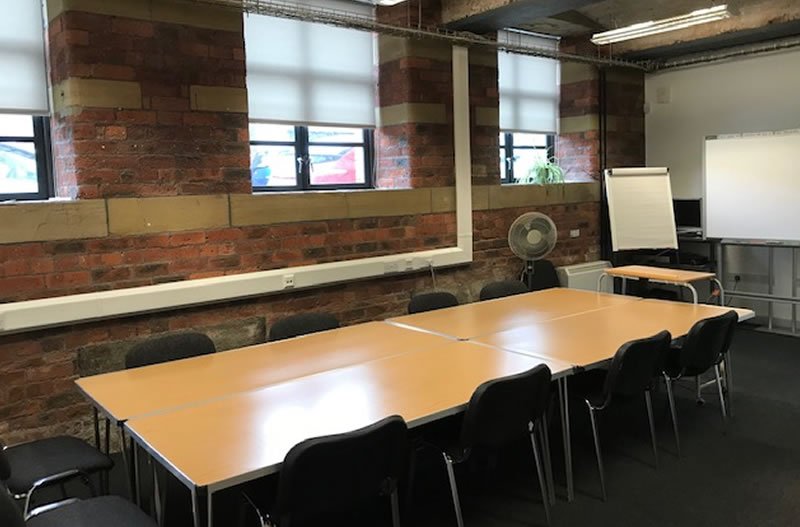 Rooms for Hire with Accessibility

Manningham Mills Community Centre is on the ground floor. It has a wide level entrance with automatic doors. The are 4 disabled parking spaces on Patent Street, two at the corner of the building and two further along the road. There is free on street parking and a car park on Patent Street (current charge is £2 per day). An accessible toilet is available and internal doors are all wide enough to accommodate wheelchairs.

The History of Listers Mill

Lister’s Mill Is located in the Manningham district of Bradford, West Yorkshire and was at one time the largest silk factory in the world.

Built by Samuel Cunliffe Lister in the Italianate style of Victorian architecture and replacing the original Manningham mills that were destroyed by fire in 1871, the Mill is a grade II listed building and at its height employed 11,000 men, women and children, manufacturing high quality textiles including velvet and silk.

Before the arrival of electric power in 1934, the mill was driven by steam boilers that consumed 1,000 tonnes of coal transported in by company rail wagons from near Pontefract. The Mill also had its own water supply network via an onsite reservoir, which is now a piazza and underground car park.

Samuel Lister hailed his 8,000 tonne “Listers pride” costing around £10,000 (or £820,493.00 today) The chimney of the mill is 249 feet high and the total floor space amounts to 27 acres, a truly imposing structure that remains a dominant feature of the Bradford skyline today.